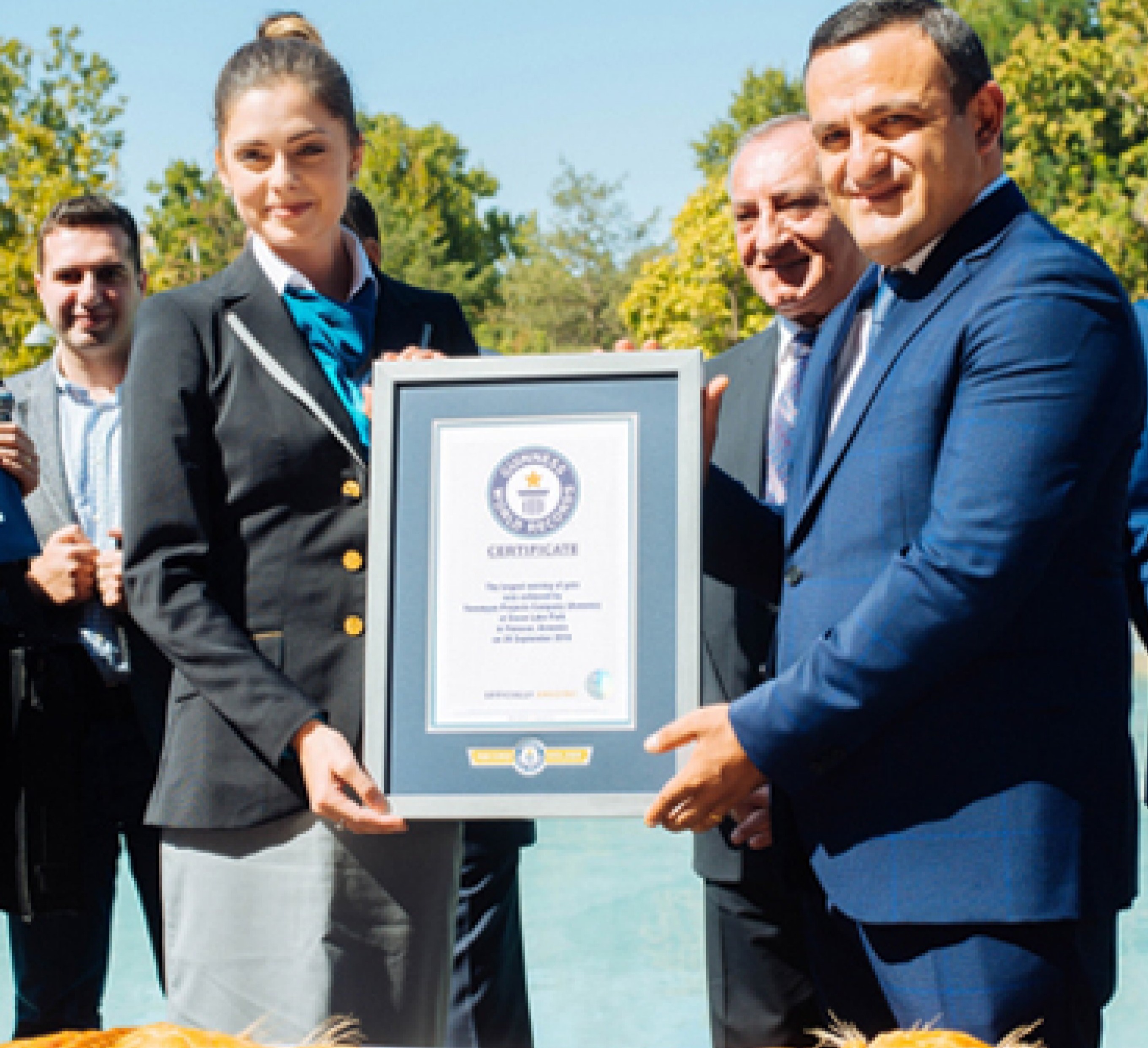 On 21st of March 2018, Yeremyan Projects cooked a 40m length and 40cm thick gata and organized degustation festivities for the residents and guests of the Capital, while celebrating the 4th anniversary of Teryan Branch of “Tavern Yerevan”. The event was widely discussed in Armenia and abroad. Months later Yeremyan Projects launched the process of Guinness World Record gata cooking and degustation.

On the 28th of September 2018, “Yeremyan Projects” initiated the mass project of the Largest Gata in the World, as one of its presents for the 2800th anniversary of the Capital and beat its own record. A gata weighing 368.6kg, 60m in length and 37cm thick was recorded in the Guinness Book of Records. The record was fixed by an official referee of the “GUINNESS WORLD RECORDS”, Joanne Marie Brent, who arrived in Armenia on a special visit. The certificate of the largest gata record was presented to Yerevan; it is now at the City Hall.

The longest gata festival and degustation was a big event that brought together hundreds of residents of Yerevan, guests of the Capital and tourists. Numerous local and foreign media companies covered the event.

Tasting the longest gata is a tradition and a well expected event for everyone. The company tried to beat its own record and presented the largest gata in the world on the 26th of September 2019. That time it weighed 410 kg, had 65m length and 40cm thickness. This gata became a part of menu at all restaurants of “Yeremyan Projects”, and tourists visited the restaurants after the event and ordered it. 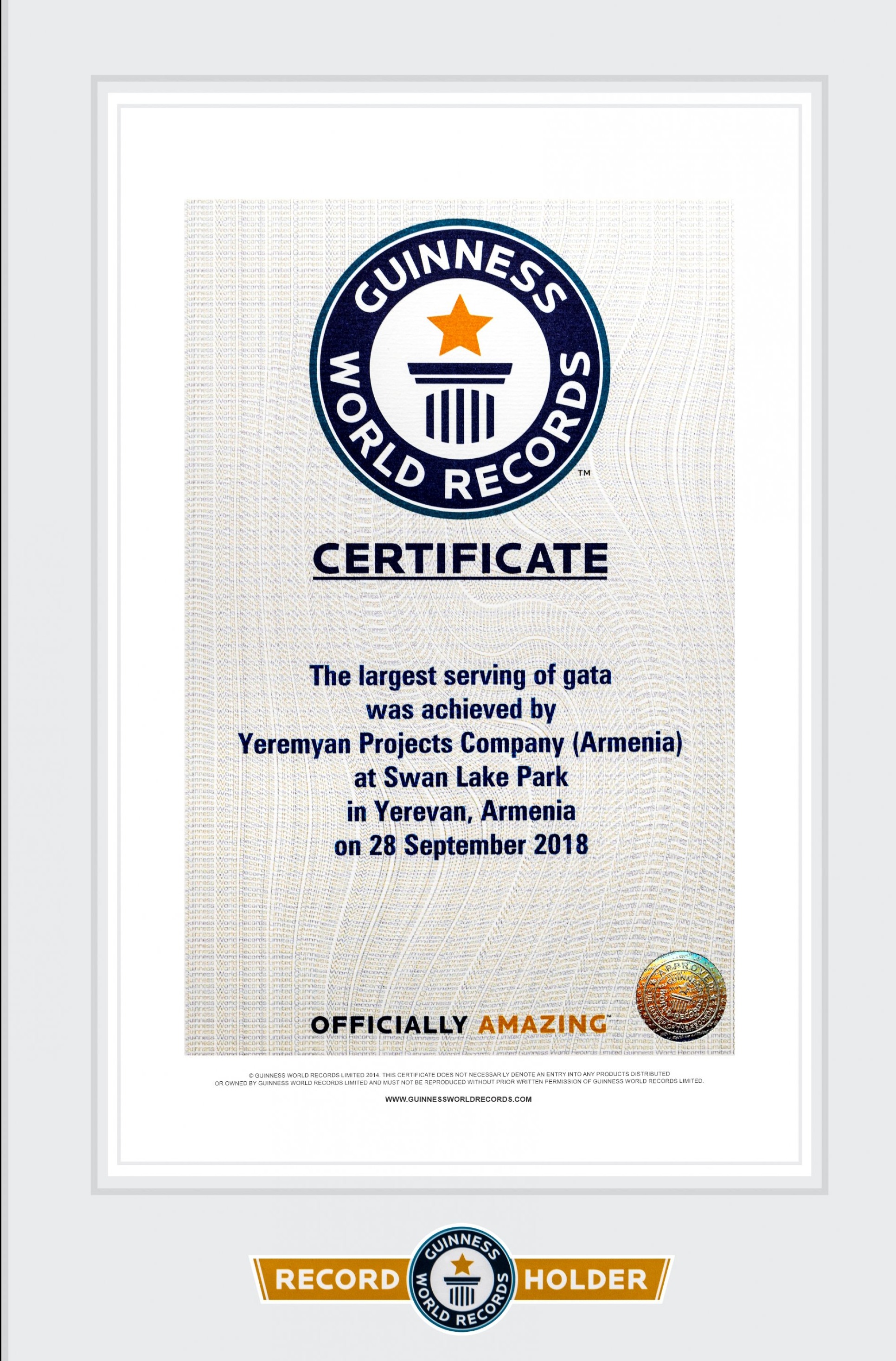